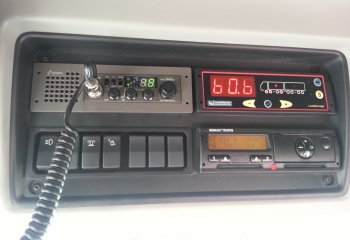 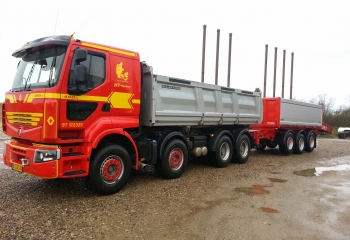 The LoadManager instrument weighs ALL types of combinations, with ALL types of suspensions. The LoadManager weighing system has a large LED Display visible from 20 m distance. Printer and/or remote controll can be fitted to the system for documentation / printouts. Read outs on the display are : individual axleloads, payloads truck and trailer, GWT truck, trailer and entire combination. Furthermore the LoadManager features a TARE functions, usefull if you load / unload part loads. Our uniqe SG Sensor, proven over more than 10 years, glues on to axles or other structural parts of the vehicle, and will weigh i.ex. a FULL steel suspended 8x4 truck with a very high accuracy from 1-2 % of GWT.

The Load Manager weighing system is installed in one of the existing
radio cut-outs into the dashboard in the same manner as a car radio.

Weighing System with Remote Control (RDM) for Trucks/Semi-Trailers with full air suspension or parabolic/air suspension. The WDM weighing module is mounted on the outside of the truck and communicates directly with the Remote Controller. No wires/cables between the truck and trailer. The LoadMaX-R shows information such as: Individual axle loads, Total weights, Tare (unladen) weights, Net weights, on the background-lit display. 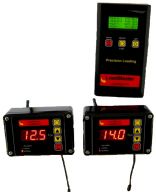 An axel load sensor indicating the pressure of an axle or group of axles. The Junior has 2 individual channels which means that it also correctly weighs on trucks with 2 levelling valves on the rear axles.